A roar of the water assailed us as we left our car and walked through the parking lot. Up ahead, the massive earth and rock dam rose nearly 400 feet up from the river bed, holding back the clear waters of the 2700 acre Summersville Lake. 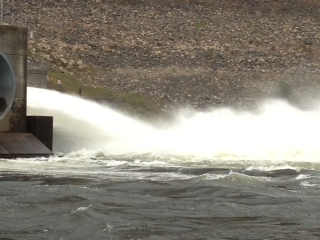 About the Author: Andrew Frey