So since it’s come up before say again that the Moonda dams have been run in nearly all levels and both have a kick up at the bottom that prevents the recirc of the traditional low head dam….but both are one flood away from being damaged and dangerous. Though are also far from the most fun things on the Moodna with dozens of interesting lines, small drops, surf spots and surprising remoteness and beauty for exurbia…but they are great photo ops especially for the lazy photog who never ever gets out of his boat just for a better shot. 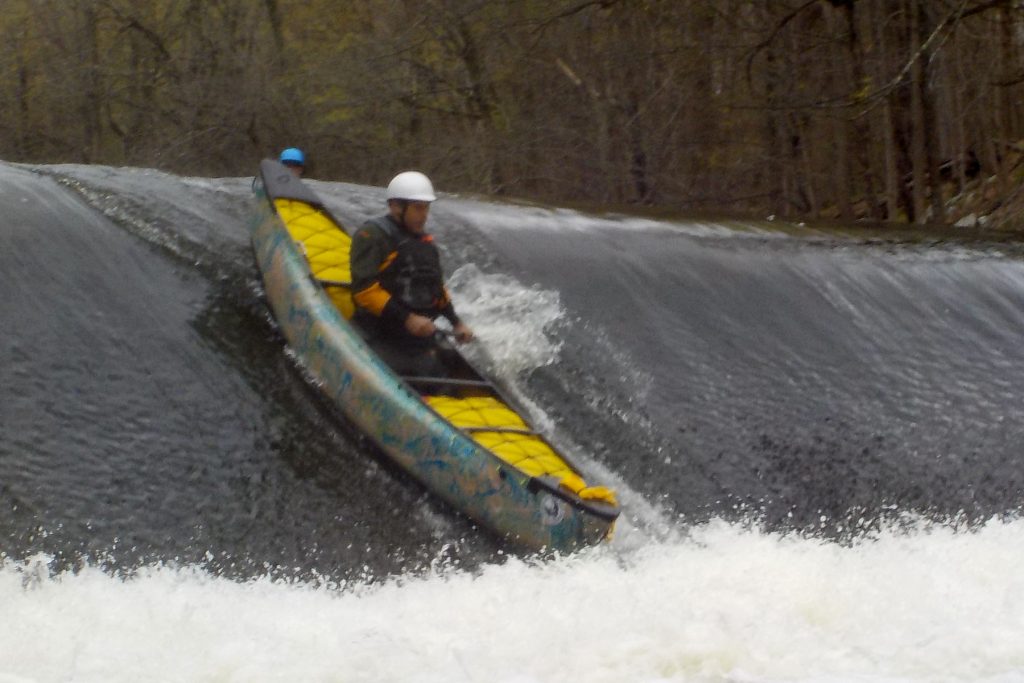 Second dam looks smaller with a 12′ canoe going down it.

Lumberyard is the first rapid in the gorge. Truly a lumberyard as with every flood a bit more of the lumberyard drops into the gorge. 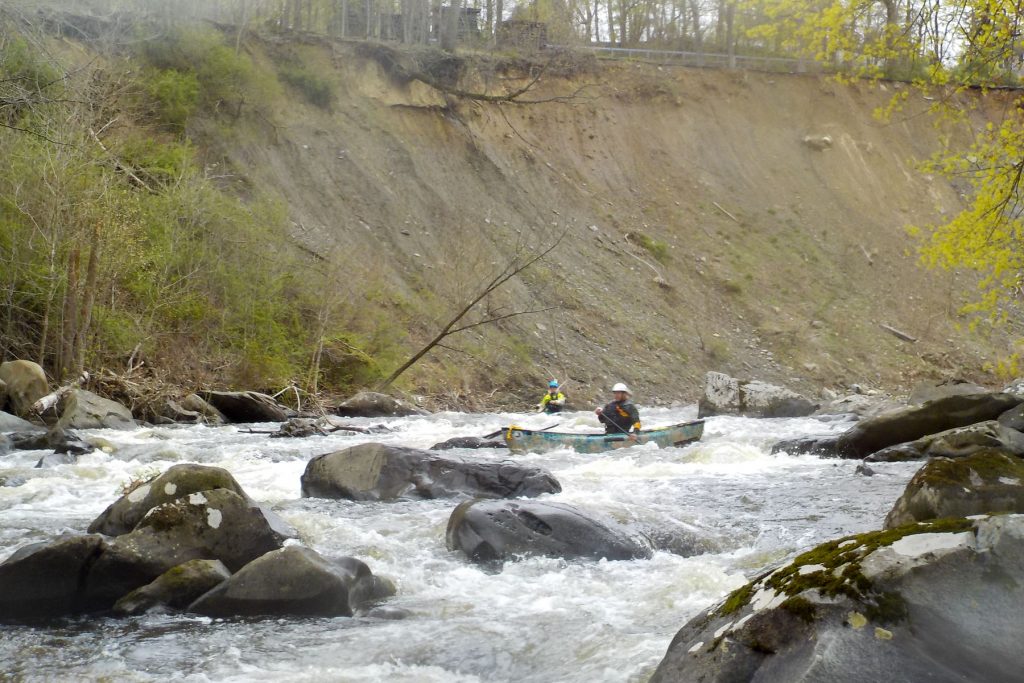 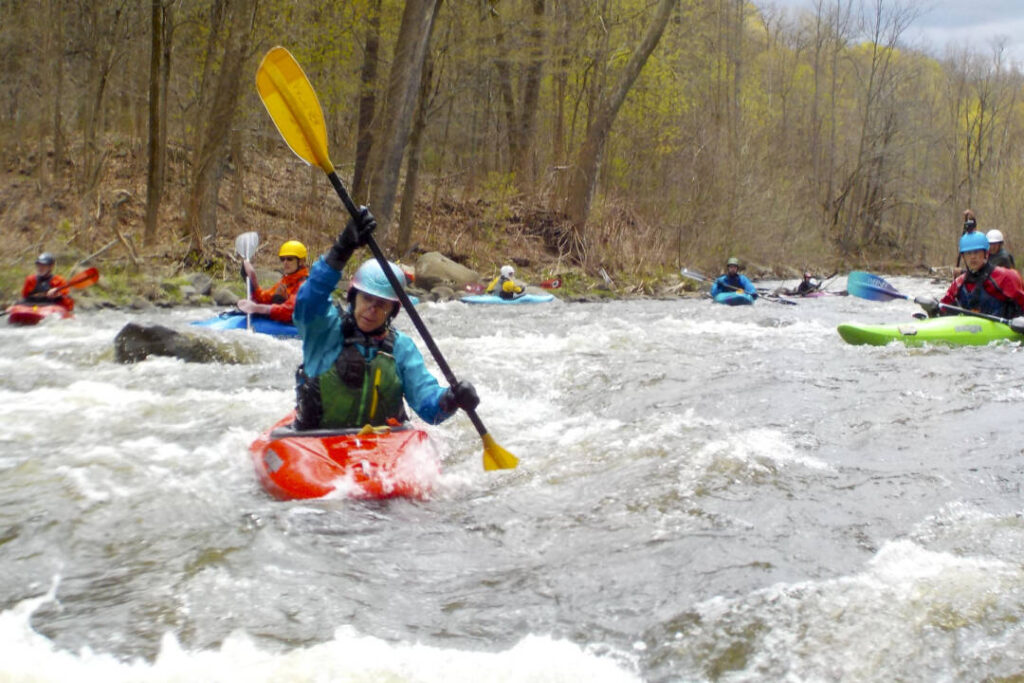 Class 2 section above the first dam…nice place to warm up. 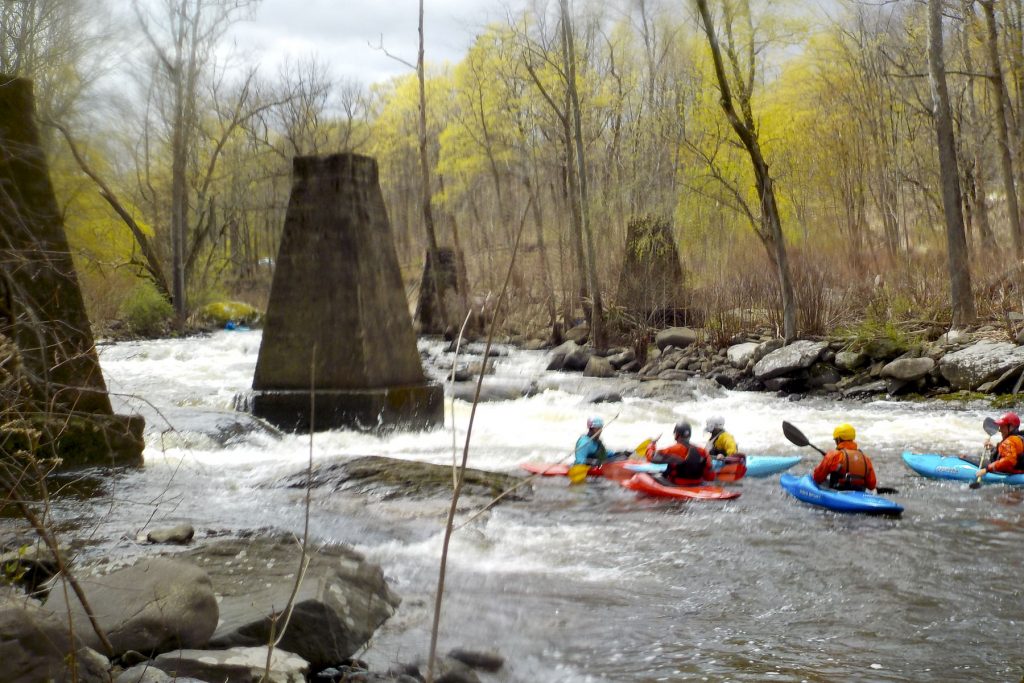 Pillars or teeth rapid. Low consequences thanks to the big pool. Main line is river left and above the paddlers heads in this picture. Sneak route is between the 2 pillars on left (river right) dropping over the far end of the sloping drop. 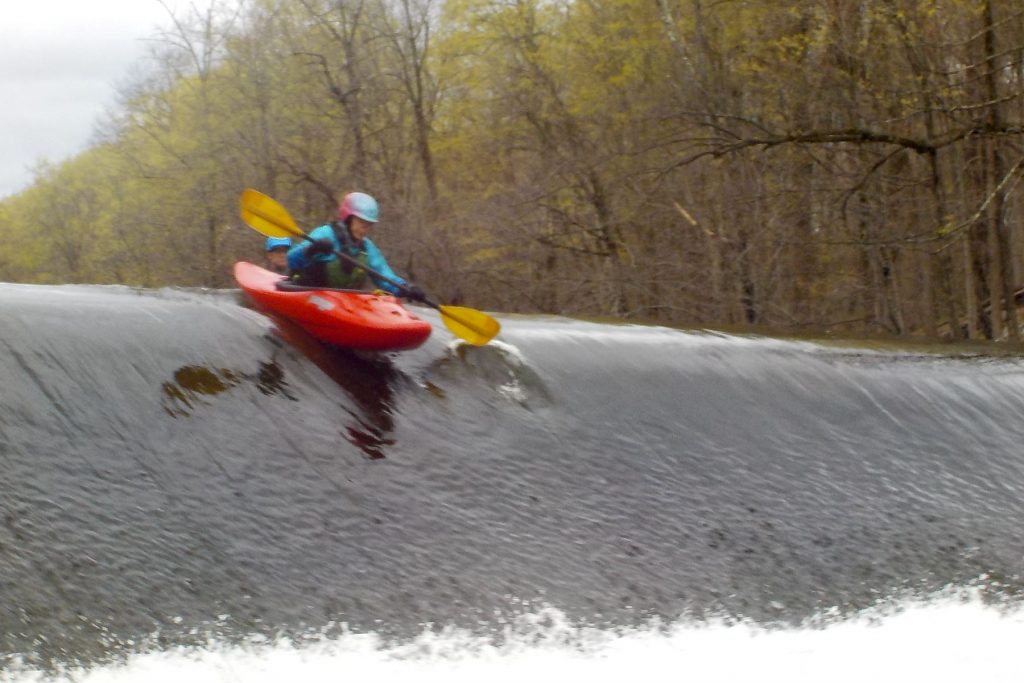 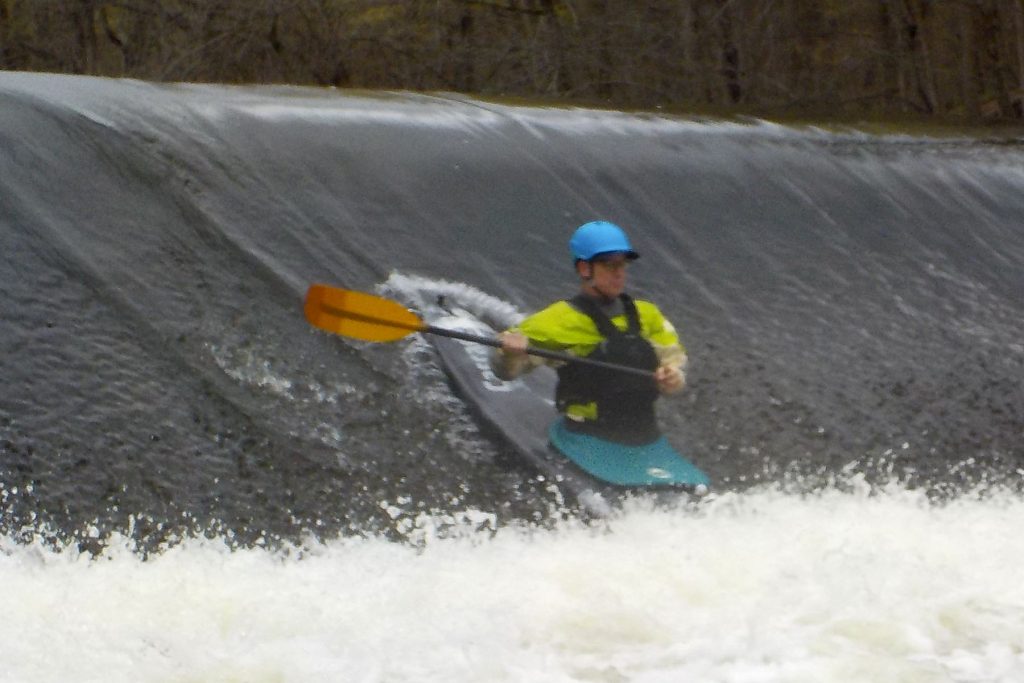 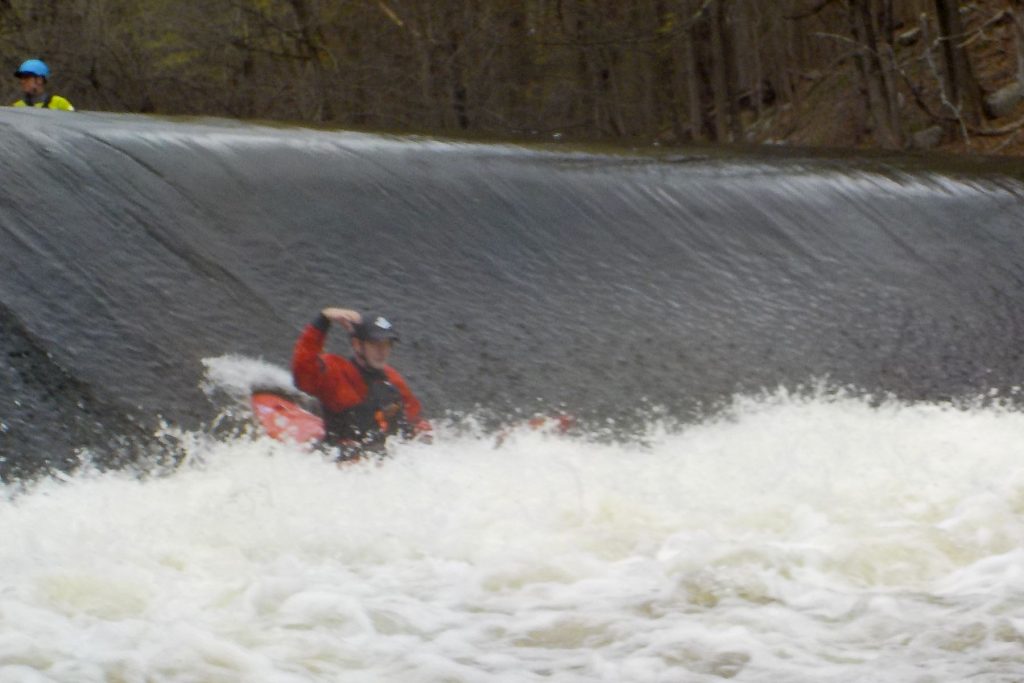 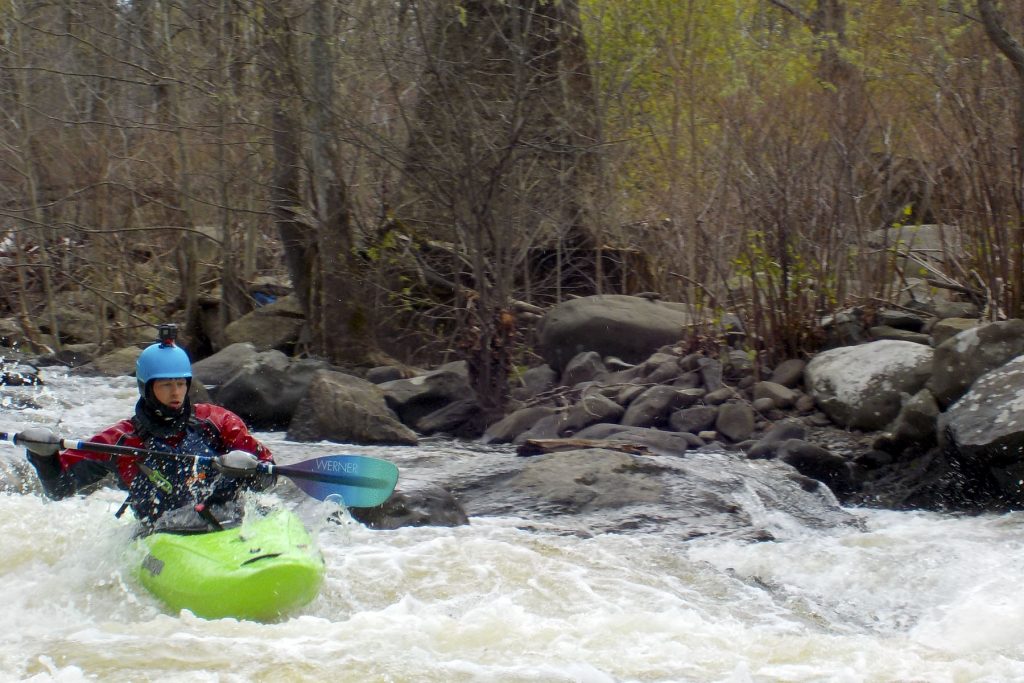 Wire under 32 bridge. Fairly serious hazzard. We marked it and

About the Author: Tom Hart

Been paddling since I could barely walk, but took up whitewater around 2014 after munching my kevlar canoe down some local class 2s. Will still paddle anything that floats a boat but prefer longer remoter runs, though in reality I mostly paddle the Croton, Mongaup, Moodna and Deerfield. Live In Croton so hit me up it's running.